These are the top coronavirus vaccines to watch 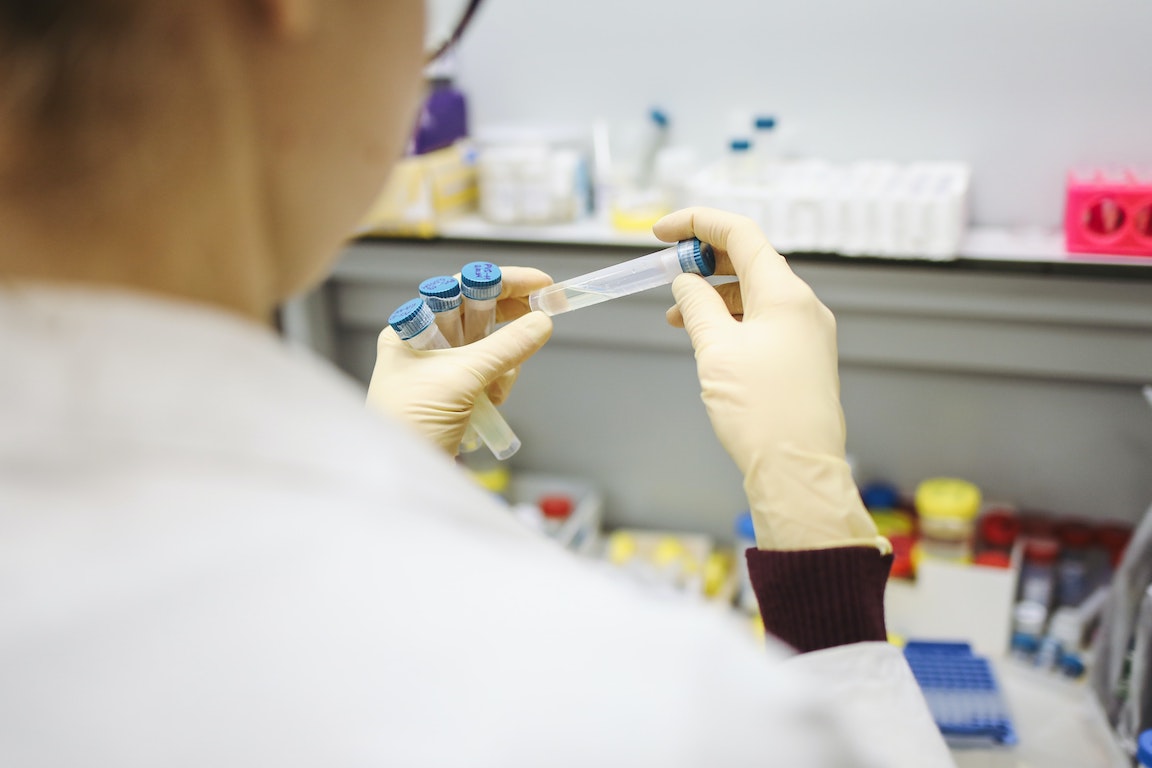 We are tracking 200 experimental vaccines aimed at ending the
pandemic, a scientific quest moving at record-breaking speed.

The worldwide effort to create a vaccine for the novel coronavirus kicked off in January, soon after scientists in China posted online the genome of a virus causing a mysterious pneumonia. Vaccine development usually takes years and unfolds step by step. Experimental vaccine candidates are created in the laboratory and tested in animals before moving into progressively larger human clinical trials.

These steps are now overlapping in the race to find a vaccine for a global disease that has killed hundreds of thousands of people. Human testing began in some cases before animal studies were finished. As companies launch small Phase 1 trials intended to establish the correct dose, they already are planning the Phase 3 trials that evaluate whether the vaccines are effective and safe.

[A vaccine, or a spike in deaths: How America can build herd immunity to the coronavirus]

No steps are being skipped, top government officials have repeatedly promised, and vaccines will not be considered for approval in the United States until after a large, Phase 3 trial. The Food and Drug Administration, which has the ultimate say on whether a vaccine has been proved safe and effective, says a vaccine for covid-19, the disease caused by the coronavirus, will need to prevent disease or decrease symptoms in at least 50 percent of those who receive it. The effectiveness of the flu vaccine ranges from 40 to 60 percent, according to the Centers for Disease Control and Prevention.

Other countries may use different standards or authorize vaccines without waiting for proof they are safe and effective. Russia announced it would begin using its vaccine in people at high risk for the virus in August, before starting its Phase 3 trial. China has authorized a vaccine for use in members of the military.

Unprecedented speed
Researchers in the United States set an audacious goal in January to develop a coronavirus vaccine within 12 to 18 months. This would be a world record. The mumps vaccine is considered to be the fastest to move, in four years, from scientific concept to approval in 1967. The quest for an HIV vaccine continues, 36 years and counting.

Coronavirus vaccines are moving much faster, partly because governments are taking on the financial risk of developing a vaccine that may not work. Through Operation Warp Speed, the U.S. government has invested about $9.5 billion to speed up development and jump-start manufacturing before research is finished. 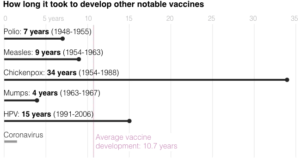 New technologies
Advancements in science and technology have given researchers new tools to try against the coronavirus. Scientists can deliver genetic material into the body’s cells, turning them into vaccine factories and skipping time-consuming steps such as manufacturing viral proteins or growing the whole virus in chicken eggs.

The core of the coronavirus SARS-CoV-2 is a single strip of ribonucleic acid (RNA) surrounded by a protein shell. The virus is named for the iconic spikes that project from its center like a crown, or “corona” in Latin. These spike proteins aren’t just decoration. They are critical for the virus to get inside cells and make copies of itself.

Vaccines work by teaching the body’s immune system to recognize and block viruses. Each category of vaccine technology works under this basic principle. Vaccines aim to activate the immune system’s T-helper cells, which are responsible for detecting the presence of a virus. They instruct B-cells to create antibodies that block the virus from being able to replicate and T-killer cells to destroy infected cells. Some vaccines may activate only part of this immune response. 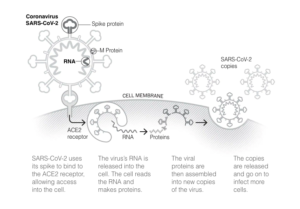 Here is a look at how different vaccine technologies being developed around the world would ideally elicit an immune response to prevent SARS-CoV-2 in humans. Each vaccine may vary somewhat in how it works, but each would generally follow these steps.

Vaccines using nucleic acid (DNA and RNA)
DNA vaccines contain genetic material that carries the blueprint for the spike protein. To get the DNA into cells, researchers use an electrical pulse to disrupt the cell membrane. Once inside, the DNA is used as a template to create spike protein.

RNA vaccines contain a strip of genetic material within a fat bubble. Once inside the cell, the RNA generates a protein found on the surface of the virus. The immune system, presented with the protein, learns to recognize the virus.

These vaccines have the advantage of speed — they can be quickly designed and manufactured. But they have never been approved for use outside of medical research and will likely require two doses.

Viral-vectored vaccines
Some vaccines use a virus that has been engineered to be harmless to ferry a gene from the coronavirus into cells. The gene codes for a distinctive part of the coronavirus, and the immune system learns to recognize it.

Viral-vectored vaccines can be designed quickly. One concern is that people can develop immunity to the viral vector, making this approach potentially less useful if booster shots need to be given.

Subunit vaccines
Some traditional vaccines work by delivering viral proteins to cells. The technologies to manufacture those protein fragments vary, but companies are using insect cells and yeast. The hepatitis B vaccine relies on a viral protein created by genetically engineered yeast.

Weakened or inactivated virus vaccines
In a more old-fashioned approach, the virus is weakened so that it does not cause disease, but still triggers the immune system’s defenses. The vaccine for measles, mumps and rubella uses this approach.

Inactivated virus vaccines contain dead virus, incapable of infecting people but still able to instruct the immune system how to mount a defensive reaction against an infection. The polio vaccine invented by Jonas Salk used this approach, and flu vaccines use this technology.

Other vaccines
Information on the technology platform being used was not available for all the experimental vaccines. Some vaccines being tested do not specifically target the coronavirus, but aim to increase the body’s first line of immune defenses.