A vaccine considered a frontrunner in the race to protect the global population from Covid-19 has produced a robust immune response in elderly people, the group at highest risk from the disease, according to two people familiar with the finding.

The discovery that the vaccine being developed by the University of Oxford, in collaboration with AstraZeneca, triggers protective antibodies and T-cells in older age groups has encouraged researchers as they seek evidence that it will spare those in later life from serious illness or death from the virus.
Age has emerged as the principal risk factor for a severe bout of Covid-19. However, the immune system weakens with age, raising concerns that the very group that most needs the protection of a vaccine may generate the least effective response to one. 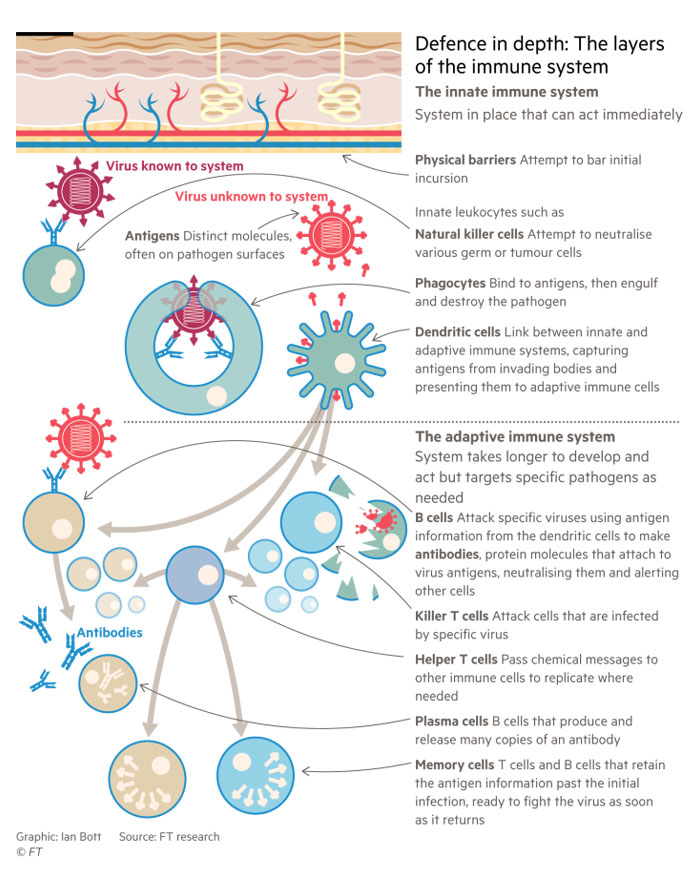 Age has emerged as the principal risk factor for a severe bout of Covid-19. However, the immune system weakens with age, raising concerns that the very group that most needs the protection of a vaccine may generate the least effective response to one.

People aware of the results from so-called immunogenicity blood tests carried out on a subset of older participants say the findings echo data released in July that showed the vaccine generated “robust immune responses” in a group of healthy adults aged between 18 and 55.

The earlier findings showed that the vaccine-induced two forms of human immune response — generating antibodies and T-cells — for at least 56 days, according to an analysis published in The Lancet.

Positive immunogenicity tests do not guarantee the vaccine will ultimately prove safe and effective in older people. That will not be known until full trial data for the age group has been analyzed.

However, researchers have been encouraged by the latest development, details of which are short to be published in a clinical journal. The University of Oxford declined to comment.

Jonathan Ball, professor of virology at the University of Nottingham, said: “If what they’ve got is data that shows the vaccine generates good immunity, as measured in the lab, in the age group over 55, and that also includes good responses in people who are even older than that, I think that’s a promising sign.”

He cautioned, however, that while good immunogenicity data would be encouraging “ultimately, it’s whether the vaccine protects against a serious disease that’s crucial and we will only know that from phase 3 trials”.

However, one official played down that speedy timetable, suggesting there were considerable uncertainties, including the timing and robustness of results from phase 3 trials and whether approval could be secured from the UK regulator, the Medicines and Healthcare products Regulatory Agency.

Last Thursday Patrick Vallance, the government chief scientific adviser, told a Downing Street news conference that while vaccine development was progressing well, “I remain of the view that the possibility of wider spread use of a vaccine isn’t going to be until spring of next year”.

The outcome of the trials is being closely watched around the world. The US arm of the Oxford/AstraZeneca study was given the go-ahead to resume on Friday, having been halted since September 6 after a participant developed neurological symptoms.